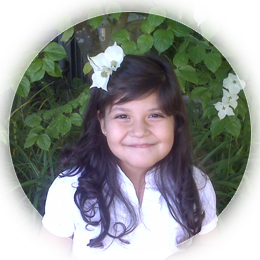 Alexya is a vibrant little girl with a smile that lights up a room. One reason for her smile? The cord blood transplant she received almost 3 years ago to treat her leukemia.

Alexya faced several rounds of chemotherapy before receiving her successful cord blood transplant. She is now able to attend school and participate in the typical activities of a 9 year old.

Because of the generosity of umbilical cord blood donors, Alexya received a second chance at life and is thriving as a result!

Jessie Quinn was diagnosed with acute myloid leukemia at age 35 in February, 2010. Chemotherapy put her illness into remission, but she needed a stem cell transplant to be leukemia-free. Jessie’s mixed-race ancestry meant that no viable donors were found on the National Bone Marrow Donor list, so her doctors decided to try another type of transplant: cord blood.

A word from donor families 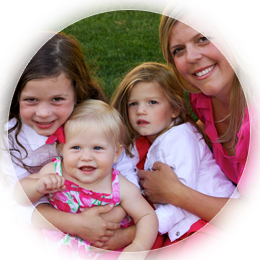 For Olympia Little, giving birth to her children was a chance to give life to others, too. Olympia is an oncology nurse in the Cancer Care Unit at Seattle Children’s and knew that umbilical cord blood is an invaluable source of stem cells. So after the birth of each of her three daughters, Olympia donated their cord blood to BloodworksNW’s Cord Blood Program.

Olympia will always remember the day she first learned that stem cells from daughter Elena’s cord blood were matched with a 48-year-old woman suffering from ALL (acute lymphoblastic leukemia).

“It brought me such joy,” she says, “knowing that Elena’s cord blood, which might otherwise have been discarded, was instead helping someone else to have more time with their children.”

Olympia notes that even at age five, Elena already understands the significance of her gift and is proud that she could make a difference. 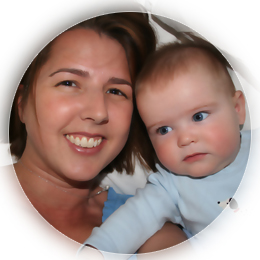 Caycee Holt got the call on the morning of January 11, 2012 that the donated cord blood from her then 4-year-old son, Chase, was a match for a 15-year-old girl with non-Hodgkin’s lymphoma.

“I got chills all over my body when Teri told me the news. In fact, I was speechless…which is rather rare. But it’s not everyday that you get to help someone in need in such a profound way, by not really doing anything at all.

It seemed like such a no-brainer at the time. All I had to do was fill out some paperwork. I never noticed them collecting the cord blood.

I won’t ever find out how that 15-year-old girl responded to her treatment. I will just hope and pray for her and encourage other expecting families to donate their cord blood. It is an amazing feeling to know that you have given someone an opportunity for lifesaving stem cell treatments.” 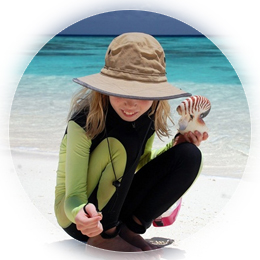 “I don’t know if privacy regs allow, but if you are able to share it with the patient, Mairen thought maybe he’d like to see a pic of his donor.

I took this photo of Mairen a couple of months ago, at our initial landfall into Papua New Guinea. She’s a happy healthy girl living a somewhat crazy different life: not a lot of 10 year olds get to hunt nautilus shells on deserted beach for their Phys Ed class in the morning! So if the patient feels any urges to embark on a seafaring life, or incurable wanderlust and a keen desire to seek tropical islands after getting her cordblood- well, I think this might be where it comes from.

We’re all so thrilled to be able to help. Thanks again for this wonderful lesson on giving. I’ve shared the basics with expectant mamas I know, in the hopes of inspiring them to donate cordblood at their births as well. There is so much marketing aimed at banking cord blood when it could be given for the greater good.”

For more information about the Cord Blood Program call 206-689-6696 or email cordblood@bloodworksnw.org.

Cord Blood in the News