Dr. Hudson’s lab studies the mechanisms by which the immune system responds to antigens on red blood cells (RBCs).  RBC antigens are recognized and bound by circulating antibodies, an interaction that can lead to destruction of RBCs and subsequently result in anemia.

An individual who generates antibodies against their own RBCs is at risk of developing Autoimmune Hemolytic Anemia, a severe and sometimes fatal disease.  Antibodies to non-self RBC antigens can arise as a consequence of transfusion, transplantation, and pregnancy.

For example, expectant mothers can make antibodies against the RBCs from her fetus, which can lead to Hemolytic Disease of the Newborn and Fetus and may result in fetal death.  High titers of RBC antigen-specific antibodies make finding compatible RBC units difficult for patients who require multiple transfusions as a life-saving therapy (e.g. Sickle Cell Anemia).

Thus, understanding how the immune system recognizes and responds to RBC antigens will provide insight to new therapies to prevent and/or ameliorate adverse reactions. 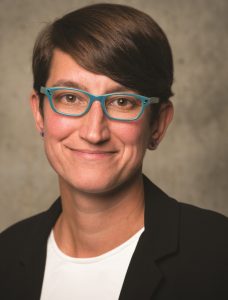