The Dong laboratory studies platelets, the smallest cells in blood. This lab seeks to understand how platelets function and how their functions are altered during disease states. Altered platelets may be related to thrombosis (abnormal blood clotting), heart attack, stroke, peripheral artery disease, and cancer. Research on platelets has implications for the management of trauma, heart transplants, and stem cell transplants.

The research focus of Dr. Dong’s laboratory is to understand the structure and function of platelet and its ligands. The lab specifically focuses on how their functions are altered during disease states, leading them to be either overly active or depressed in activity. The lab also studies contributions of dysfunctional platelets and adhesive ligands  to the development of such diseases as thrombotic thrombocytopenia, myocardial infarction, stroke, and traumatic brain injury.

von Willebrand Factor
von Willebrand factor (VWF), a large protein that glues platelets together, can form fibrillar structures on the surface of vascular lining cells. These VWF fibrils are hyperactive in causing thrombosis and inflammation, especially in the context of oxidative stress.

Dr. Dong’s lab determined the regions of ADAMTS-13, an enzyme that cleaves VWF to make it less active in causing thrombosis, that are critical for its activity in cleaving VWF. In addition to this protease activity, the lab also found that ADAMTS-13 can act as an antioxidant in preventing VWF from forming hyperactive fibrils by pathological levels of blood hydrodynamic force. By studying these activities, the lab explores ways of using ADAMTS-13 as an anti-thrombotic agent in settings that mimic clinical diseases.

Platelet Hyperactivity
Dr. Dong’s lab studied the state of platelet hyperactivity in patients with peripheral artery disease and how vascular grafts, lipid-lowing drugs, and aspirin affect the clinical outcomes of these patients. By studying these patients for their response to aspirin, the most widely used drug for preventing cardiovascular diseases, the lab has been working to develop laboratory measures to identify patients who responded poorly to aspirin and find novel means to chemically modify aspirin in order to reduce gastrointestinal bleeding and improve its inhibitory effects on platelets.

In collaboration with Texas Heart Institute, Dr. Dong’s lab has been studying specific changes in platelets and VWF activity in patients with implanted artificial hearts (LVAD) and how these changes contribute to thrombotic and bleeding complications that often occur in these patients.

Cardiovascular Disease Risk
Dr. Dong’s lab participated in a national study sponsored by the National Institute of Health called Atherosclerosis Risk in Community (ARIC) to identify factors that predict the occurrence and severity of cardiovascular diseases, such as myocardial infarction, stroke, heart failure, peripheral artery disease, and dementia. The lab has identified specific genomic changes in 15,000 subjects that associate with the levels of VWF and factor VIII in the blood. The lab is currently working on similar associations with other coagulation factors and the effects of ABO blood types on the expression of these factors.

Stem Cell Research
In collaboration with MD Anderson Cancer Center in Houston, Texas, Dr. Dong’s lab has been studying the cause of graft-versus host disease that commonly occurs in patients receiving stem cell transplant and its relationship to a more severe complication called transplant-associated thrombotic microangiopathy.

In collaboration with physicians and scientists in China, Dr. Dong’s lab has investigated how circulating endothelial progenitor cells, which are the late-stage stem cells destined to become cells that line the vessel wall, contribute to the development of hematoma and the clinical recovery of brain trauma. The lab has also determined that platelets serve as critical carriers for these stem cells to be delivered to a site of vessel injury. 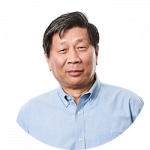