The Johnsen laboratory studies the role of variation of clotting factors, blood groups, and blood cell traits in disease, and the biological impact of differences between these factors in terms of bleeding diseases, blood clotting, pregnancy complications, and susceptibility to infection.

The work in Dr. Johnsen’s lab has significance in blood clotting disorders that are inherited, such as von Willebrand disease and familial platelet disorders, and acquired blood-related diseases, including pregnancy-related vascular complications.

ABO, Related Blood Types, and VWF
Carbohydrate blood group antigens have been implicated in altering von Willebrand Factor (VWF) levels and possibly influencing risk for thrombosis and bleeding. We are taking a molecular approach to understand the biological significance of VWF glycosylation patterns, including those of Sda, ABO,and H blood group systems.

Genetics of Blood Types
Blood group systems exhibit considerable diversity in human populations. We seek to deeply characterize the genetic diversity underlying blood group variation and to correlate these variants with susceptibility to disease, including bleeding and thrombosis.

VWF in Pregnancy
Thrombotic vascular diseases pose the greatest risk to the life of pregnant mothers. Levels of the clotting protein VWF are increased by pregnancy and likely play a role in the significantly increase in risk of vascular complications observed during pregnancy and in the post-partum period. The life-threatening pregnancy-related disorders preeclampsia/eclampsia and HELLP exhibit even higher levels of VWF. We are studying VWF changes during normal pregnancy, and are expanding these studies to pregnancies complicated by preeclampsia with the goal of developing diagnostic tools or identifying novel therapeutic targets for pregnancy-related disorders of hemostasis and thrombosis.

Regulation of Vascular Gene Expression
The regulation of endothelial cell gene expression plays a central role in maintaining hemostatic balance, and we do not yet fully understand the key sequence elements responsible for the control of the endothelial gene expression program. A regulatory mutation in the gene B4galnt2, termed Mvwf1, directs a tissue-specific switch in the B4galnt2 gene expression program from intestinal epithelium to vascular endothelium. The endothelial expression of B4GALNT2 results in aberrant glycosylation of von Willebrand Factor (VWF) and accelerated VWF clearance from circulation, causing a phenotype very similar to Type 1 von Willebrand Disease (VWD) in humans. We are now using a variety of molecular techniques to characterize the mechanism underlying this unique tissue-specific switch in gene expression.

Evolution of Variation at B4galnt2
The Mvwf1 allele exists in some contemporary wild mouse populations, where there are striking signatures of selection at the B4galnt2 locus. We are studying the evolution of B4galnt2 in the genus Mus, where we have found strong evidence of long-term balancing selection. In addition to the role VWF could play in the maintenance of Mvwf1 in natural populations, we hypothesize that a favorable phenotype may be conferred to wild mice by loss of B4galnt2 bowel expression.

Glycans and Microbes
We have shown that B4galnt2-sugars interact with microbes and the pathogen Helicobacter. We are investigating the role of B4galnt2 sugars and other carbohydrate blood group glycans (H and ABO) in host-microbe interactions at the mucosal surface. 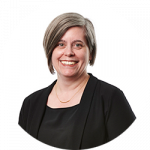 All patient and clinical related inquiries should be directed to: