Everyday you save lives 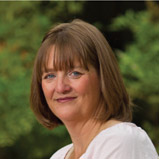 When Janice’s daughter, Angela, obtained her driver’s license, she insisted that her mom sign the parental consent form allowing her to become an organ donor. Angela believed strongly that it was the right thing to do, and Janice approved of her decision. Tragically, Angela died in an accident in 2002, when she was only 17 years old. In grief and shock, Janice respected Angela’s wishes by donating her tissues, including bones, skin, corneas, and veins.

Family members gathered at the hospital as the transplant team stood by. “One thing I thought was really touching,” says Janice, “was the team waited, and wouldn’t do anything, until we’d said our goodbyes.”

Janice learned that Angela’s remarkable gift has helped 40 different people, ages 16 to 97. Janice sometimes reads through the list and feels inspired. “Angela had a purpose,” she says. “She touched the lives of each of those people, and they may accomplish things they otherwise would not have been able to do.”